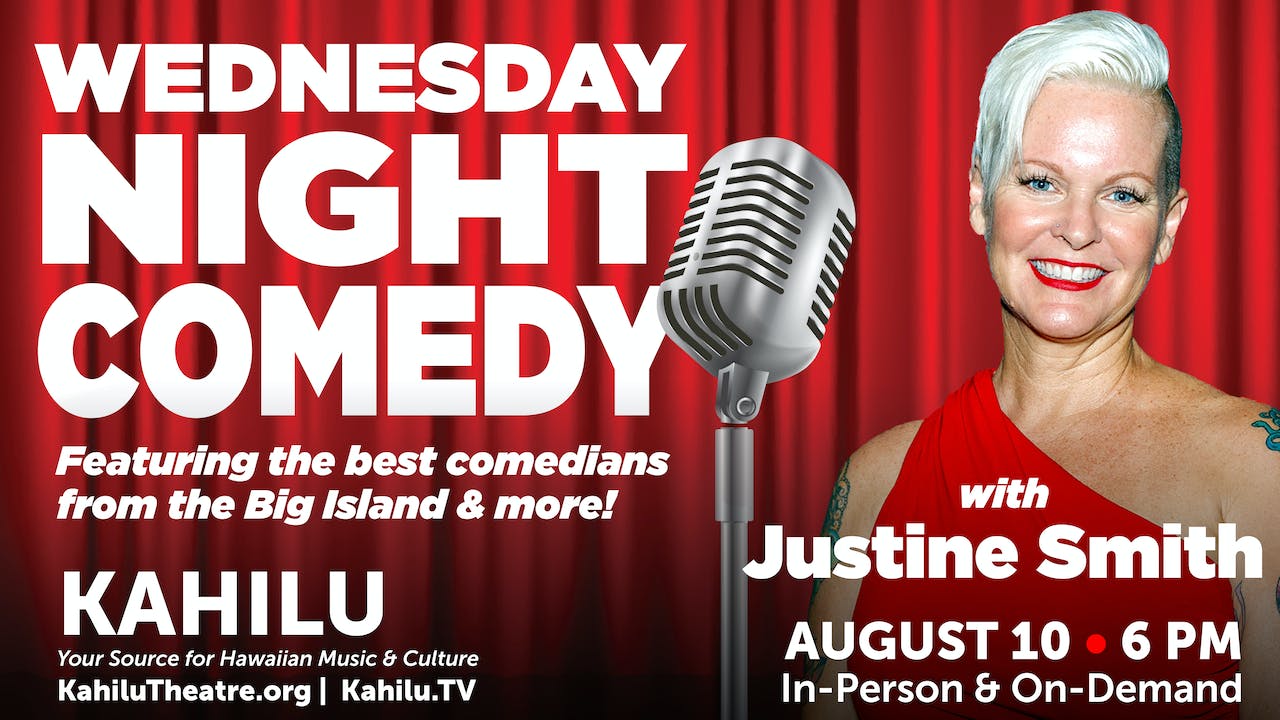 Kahilu Theatre is bringing on the laughter with WEDNESDAY NIGHT COMEDY WITH JUSTINE SMITH. Almost everyone can use a good laugh after a long day. Join local comedian Justine Smith and her funny friends for some giggles and guffaws on Wednesday August 10, 2022 at 6pm HST for a pau hana comedy hour.

Justine Smith is a comedian, writer, producer, promoter, and director living on the Big Island of Hawaiʻi. She started her comedy career in 2016, and began producing her own shows in 2017. She produces and performs in traditional stand-up comedy shows, as well as working as a traveling comic. Both playful and pointy, Justine brings her own ridiculous blend of anxiety, and raw emotion to the table. “When I’m talking about serious issues in my life that are difficult to deal with and can make it funny, it takes the power of the negativity away,” said Smith. “I feel the best way to get from a really dark spot to a really light spot is with laughter.”

For Mature Audiences Only