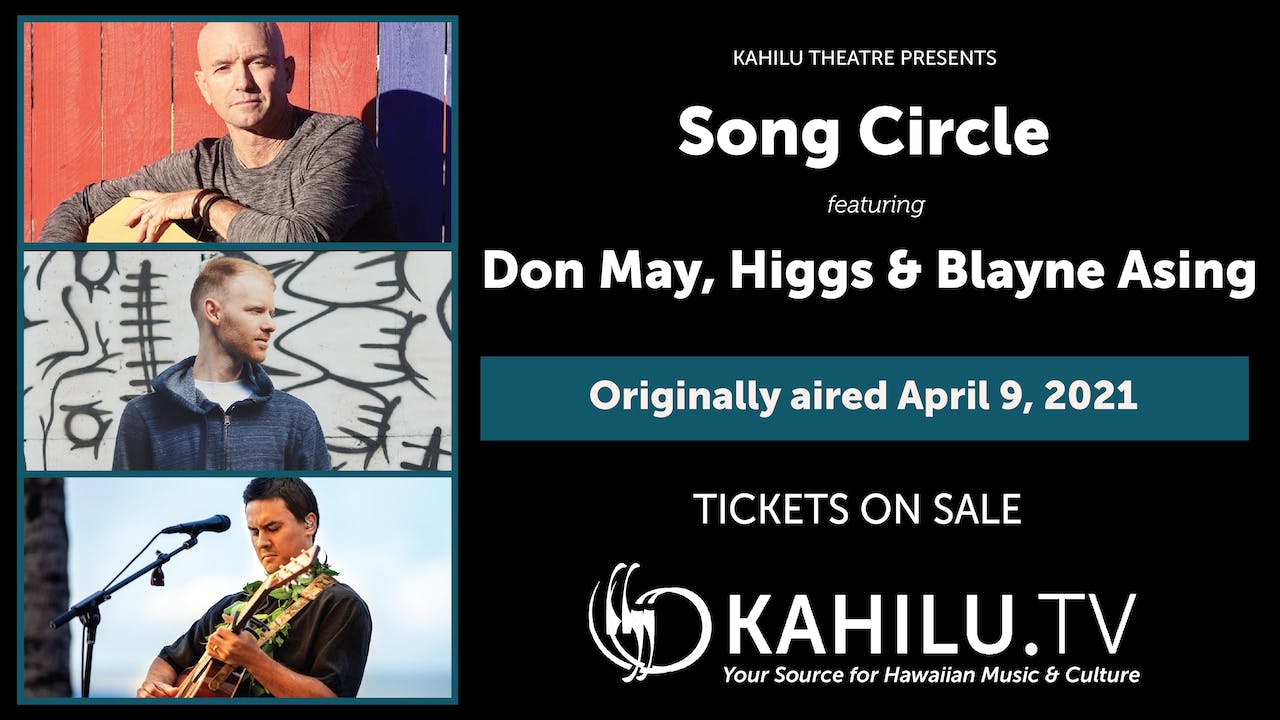 Don May is a Texas born, award-winning Americana singer/songwriter living in the up-country town of Kamuela, on Hawai'i Island. A veteran of the world famous Austin, Texas live music scene, his songs "reflect the grit and emotional honesty of the Texas troubadour tradition and the detailed craftsmanship of Nashville's finest".  As a staff writer for Sony/ATV, JENCO music publishing and most recently CURB/WORD music publishing in Nashville, he has honed his songwriting by working alongside many of the most successful songwriters and record producers in the world. He is currently putting the final touches on his first independent record "The Devils Footprints" slated for release in the summer of 2021.

Higgs is a singer, rapper, and looping artist who style blends acoustic hip-hop with island influences and introspective songwriting. He cut his musical teeth in the Honoka`a High School music program and has performed throughout the islands and the West Coast, often collaborating with local artists. Notable accolades include two 1st place finishes at the Hawaii Songwriting Festival competition, opening for Kenny Loggins, and having co-written a song that was synced in the TV show “The Flash.” His upcoming mixtape is scheduled to be released this summer.

Born and raised on the island of Oahu, self-taught singer/songwriter, Blayne Asing picked up the ‘ukulele and guitar at the age of eight. In addition to playing a variety of instruments, Blayne is a prolific songwriter with a distinctive voice complimented and charming entertainment style. Blayne has risen to the top of Hawaiian music charts and was awarded the 2016 Na Hoku Hanohano Award for Most Promising Artist. Hawaiian and country/folk influence his original compositions. His song, “Moloka’i On My Mind” is popular on radio stations across the state and beyond.