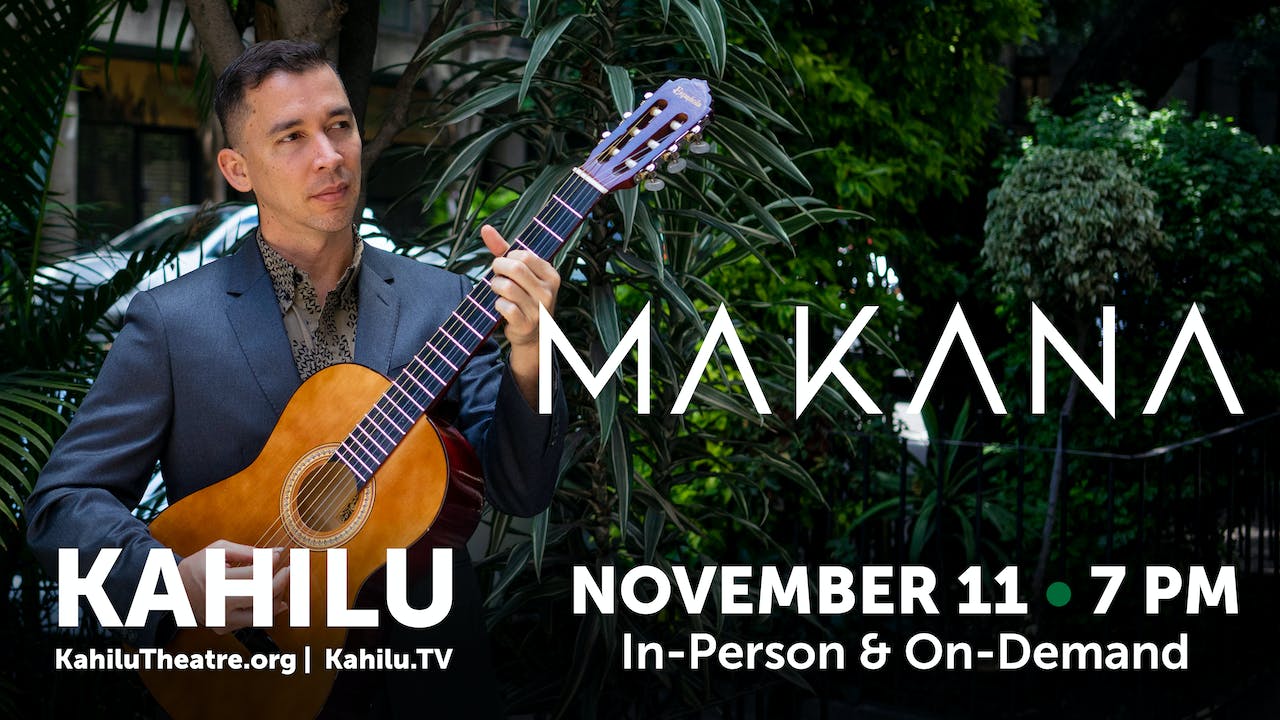 Makana is a singer, composer, and master of the Hawaiian slack key guitar tradition. Esquire Magazine refers to him as “the greatest living player,” and The New York Times calls him "dazzling."

Makanaʻs style honors the rich legacy of slack key guitar by both perpetuating the many family traditional lines as well as pioneering new ways of playing. His original music has been featured on three Grammy-nominated albums, including the soundtrack of the Academy-Award winning film The Descendants. Beyond slack key guitar, Makanaʻs music transcends the traditional to include folk, cross-cultural blends, as well as bluegrass, blues, Latin, rock, and modern forms like hip-hop. His live performances are raw, spontaneous, and transparent; his oeuvre is vast and diverse — he's released over 300 songs through albums, singles and social media, with billions of listens — and all of his music is inspired by a deep commitment to serving and lifting others. His concerts offer a moving and unforgettable window into humanity through the lens of Hawaiian values and a rare integration of ancient and contemporary artistry.