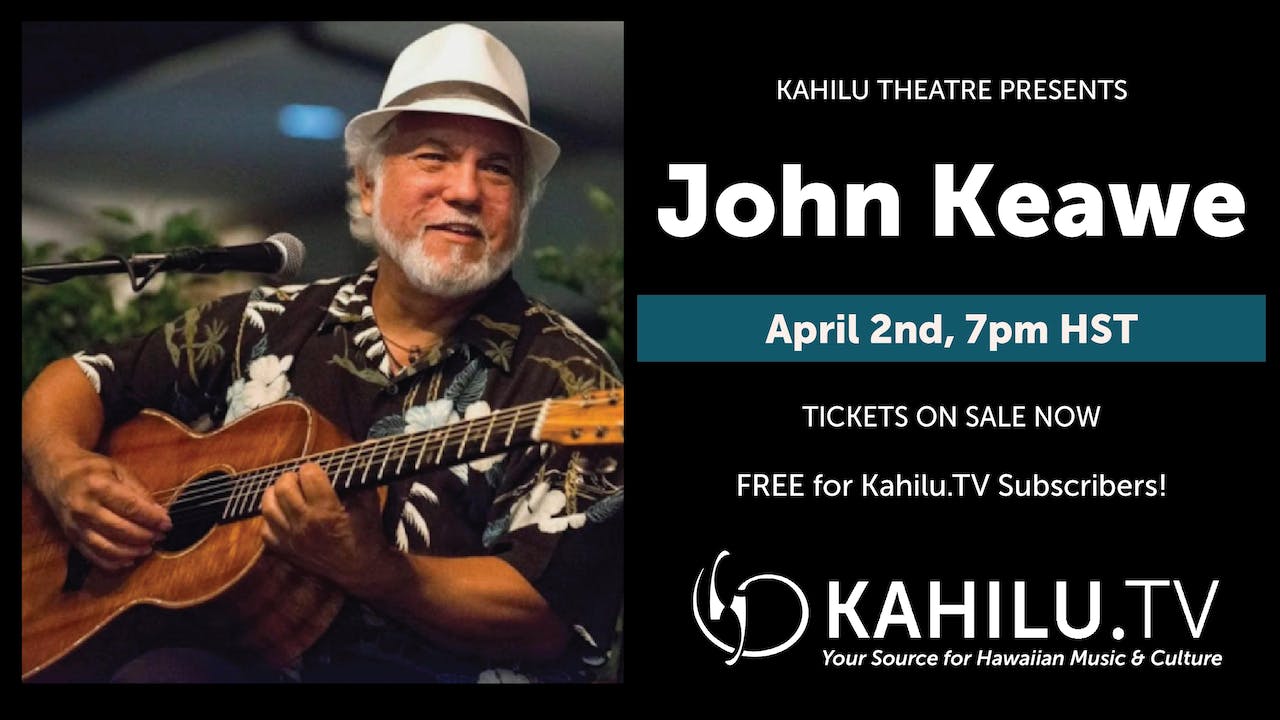 Kahilu Theatre is proud to present Grammy and multiple Nā Hōkū Hanohano Award-winning slack-key (Kiho`alu) guitarist, composer, and recording artist John Keawe. From the town of Hawi in the district of North Kohala on Hawai'i Island, John is joined by his wife Hope for their Kahilu Theatre debut performance. Hope Keawe is a kumu hula and the namesake "beautiful dancer" in one of John's well-known songs. This concert is dedicated to the memory of Raylene Ha'alele'a Kawaiae'a, kumu hula (1950-2012).

Big Island-born Nā Hōkū Hanohano Award-winning musician is known throughout these Hawaiian Islands for his beautiful island music infused with the spirit of Aloha and reflective of many elements personal to him. John Keawe grew up with rock and roll music and enjoyed listening to the many singer/songwriters from this genre. After a four year tour in the Navy, John returned to Hawaii and was drawn to the sound of Hawaiian slack-key. He listened and taught himself to play this style of music, developing his own distinct style. John has recorded several albums, bringing Hawaiian slack-key into the homes of people from around the world.