Skip to main content
You have entered the digital world of Kahilu Theatre, called Kahilu.TV. Please enjoy the videos on offer and consider subscribing. You are supporting the arts in Hawai'i.
✕ ✕ 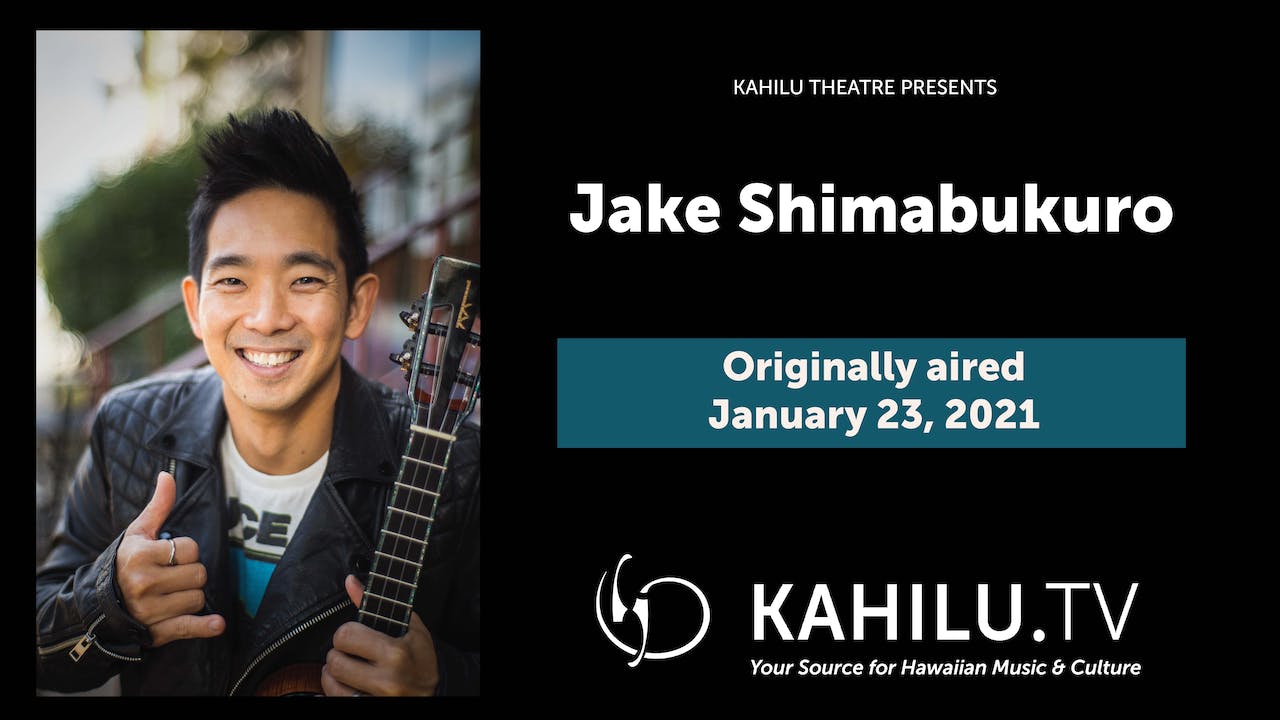 “Jake Shimabukuro LIVE” will star Hawai’i’s most celebrated ukulele virtuoso in one of the first live streaming presentations on Kahilu.TV on Saturday, January 23, 2021 at 4:00pm HST, followed by a live chat with Jake.

Jake Shimabukuro is a ukulele master and composer known for his fast and complex finger work. His music combines elements of jazz, blues, funk, rock, bluegrass, classical, folk, and flamenco. Jake has written numerous original compositions, including the entire soundtracks to two Japanese films, Hula Girls (2007) and Saidoweizu (2009), the Japanese remake of Sideways.

Well-known in Hawaiʻi and Japan during his early solo career in the early 2000s, Jake became famous internationally in 2006, when a video of him playing a virtuosic rendition of "While My Guitar Gently Weeps" was posted on YouTube without his knowledge and became one of the first viral videos on that site. His concert engagements, collaborations with well-known musicians, media appearances, and music production have snowballed since then. In 2012, an award-winning documentary was released tracking his life, career, and music, titled Jake Shimabukuro: Life on Four Strings; it has screened in a variety of festivals, aired repeatedly on PBS, and been released on DVD.

*This live pay-per-view concert is only available for purchase. Subscribers will have access to highlights from this concert within 30 days of initial airing as part of their subscriber benefits.
**The original live broadcast will be available to view for 72 hours after initial airing.