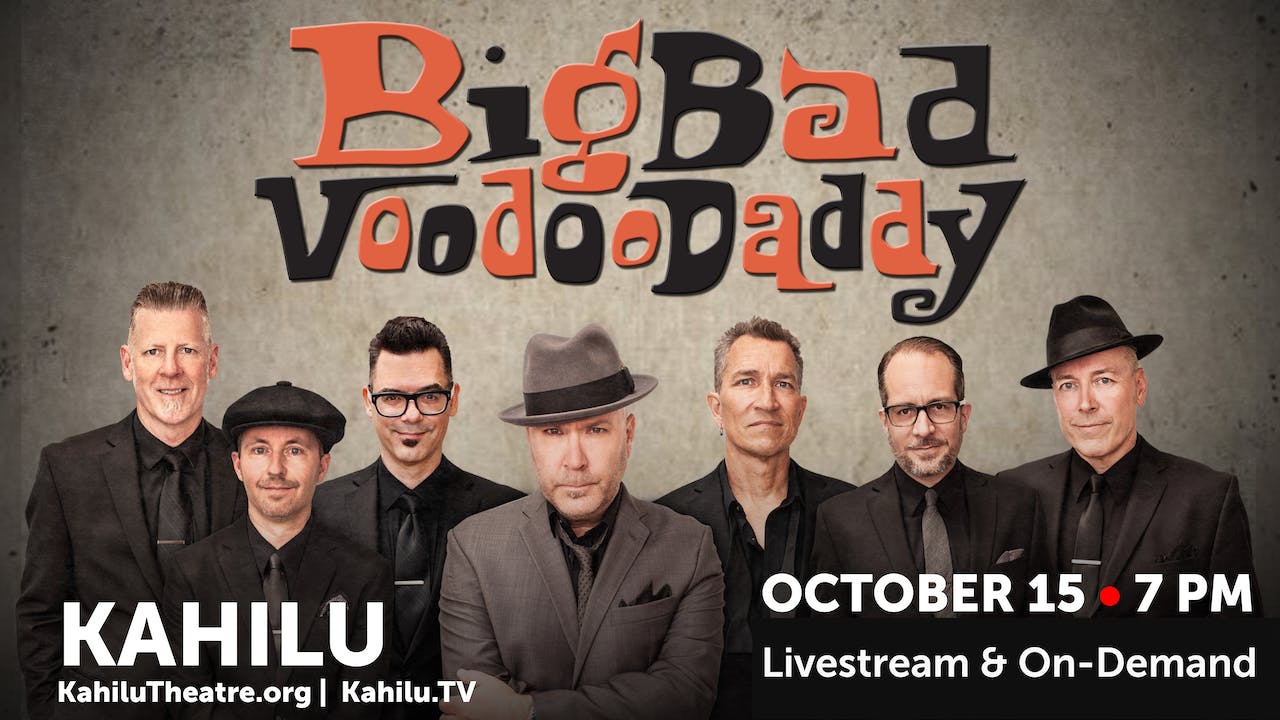 We are celebrating the 29th anniversary of Big Bad Voodoo Daddy’s remarkable arrival onto the music scene. The band, cofounded by singer Scotty Morris and drummer Kurt Sodergren, was at the forefront of the swing revival of that time, blending a vibrant fusion of the classic American sounds of jazz, swing, and Dixieland, with the energy and spirit of contemporary culture. Big Bad Voodoo Daddy’s all original core line-up includes Scotty Morris (lead vocals and guitar), Kurt Sodergren (drums), Dirk Shumaker (double bass and vocals), Andy Rowley (baritone saxophone and vocals), Glen "The Kid" Marhevka (trumpet), Karl Hunter (saxophones and clarinet) and Joshua Levy (piano and arranger). Big Bad Voodoo Daddy’s efforts to promote and revitalize swing music have taken shape as much more than a simple tribute. Taking inspiration from the creators of this uniquely American art form, the band’s original horn-infused music and legendary high energy show introduces the genre to a new and younger generation while remaining cognizant and respectful of the music’s rich legacy.

The band's music has appeared in countless films and television shows, including The Wild, Despicable Me, Phineas & Ferb, Friends, Third Rock from the Sun, Ally McBeal, and So You Think You Can Dance. They have appeared live on Dancing with the Stars, Late Night with Conan O’Brien, NBC’s Christmas in Rockefeller Center, The Macy's Thanksgiving Day Parade, a remarkable seven appearances on The Tonight Show with Jay Leno, and the Super Bowl XXXIII Halftime Show. The band has also appeared as special guests with many of the country's most distinguished symphony orchestras and has performed for three U.S. Presidents.